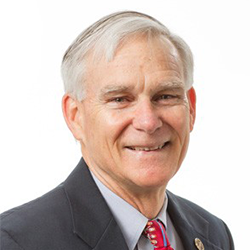 Secretary of N3CN, Inc. Board

Soon after graduating from the UNC-Chapel Hill School of Medicine and completing his residency, Dr. Tayloe founded Goldsboro Pediatrics in 1978. He and his wife Denise have 4 children who have all entered the healthcare field.

He is currently serving an appointment as an Adjunct Professor in the Department of Pediatrics, UNC School of Medicine where he teaches residents. He is also an advocate and much sought after speaker on Child Advocacy and attends St. Stephens Episcopal Church.