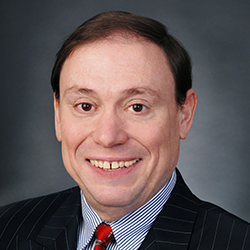 Paul Grundy, founding president of the Patient-Centered Primary Care Collaborative and “godfather” of the patient-centered medical home movement, has spent 40 years focused on a healing relationship of trust with a primary care provider. In addition to his role at Innovaccer, he serves as adjunct professor at the UCSF Department of Family and Community Medicine, University of Colorado School of Medicine Department of Family and Community Medicine and the University of Utah Department of Family and Preventive Medicine. He is winner of the 2016 PCPCC Barbara Starfield Award, the 2012 NCQA Health Quality Award, the 2013 American College of Occupational Environmental Medicine Sappington Memorial Award, and the Second order of the Panda award from the Governor of Sichuan

Paul spent more than 17 years as at IBM, where he was chief medical officer and global director, healthcare transformation, and a member of the IBM Industry Academy prior to his 2018 retirement. He is a health care ambassador for the Nation of Denmark, honorary life member of the American Academy of Family Physicians, the only American awarded an honorary lifetime membership in the Irish National Association of General Practice and the National Association of Primary Care in the United Kingdom. He is a member of the National Academy of Science’s National Academy of Medicine and its leadership forum, and a director of the Accreditation Council for Graduate Medical Education board, which accredits residency training in both the USA and Singapore.